The VOA VOICE STUDIOS team is jumping into the Video Game universe with Dubbing for Sonic Boom!

There are few video game characters as iconic as the lightning quick blue hedgehog, Sonic!

The legendary Sega character is at the center of VOA STUDIO’S latest project! With pride, and the spirit of true gamers, VOA VOICE STUDIOS has produced the German voice Dubbing for the first two seasons of the animated series Sonic Boom! Based on the characters of the Sonic The Hedgehog video game franchise, the series was broadcasted on the German TV channel Nickelodeon.

VOA STUDIOS was responsible for the full voiceover package of Casting, Recording, and Mixing the German language voices for this series.

Sonic is one of the most successful video game characters of all time. Accompanied by his friends Tails, Knuckles, and Amy the speedy blue hedgehog uses his electric speed to battle against the evil mad scientist Dr. Eggman.

The first ever Sonic the Hedgehog video game was released in 1991 and was a platform based side-scroller that garnered huge success. Since that time, Sonic the Hedgehog games have evolved enormously spawning complex modern iterations of the game. The video game franchise is so popular that it has led to the creation of movies, comic books, novels, toys, and TV shows.

Join VOA VOICE STUDIOS as we lend a voice to the latest chapter in the long history of Sonic with Sonic Boom! 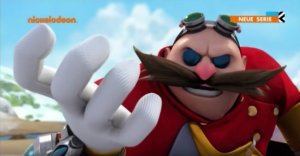 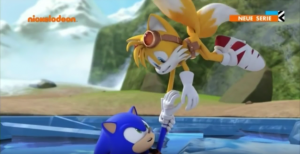 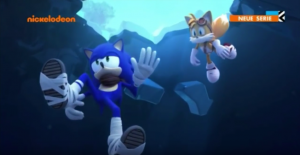 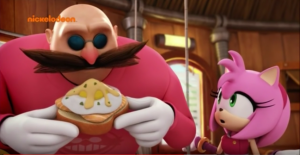 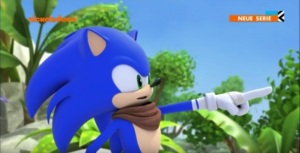