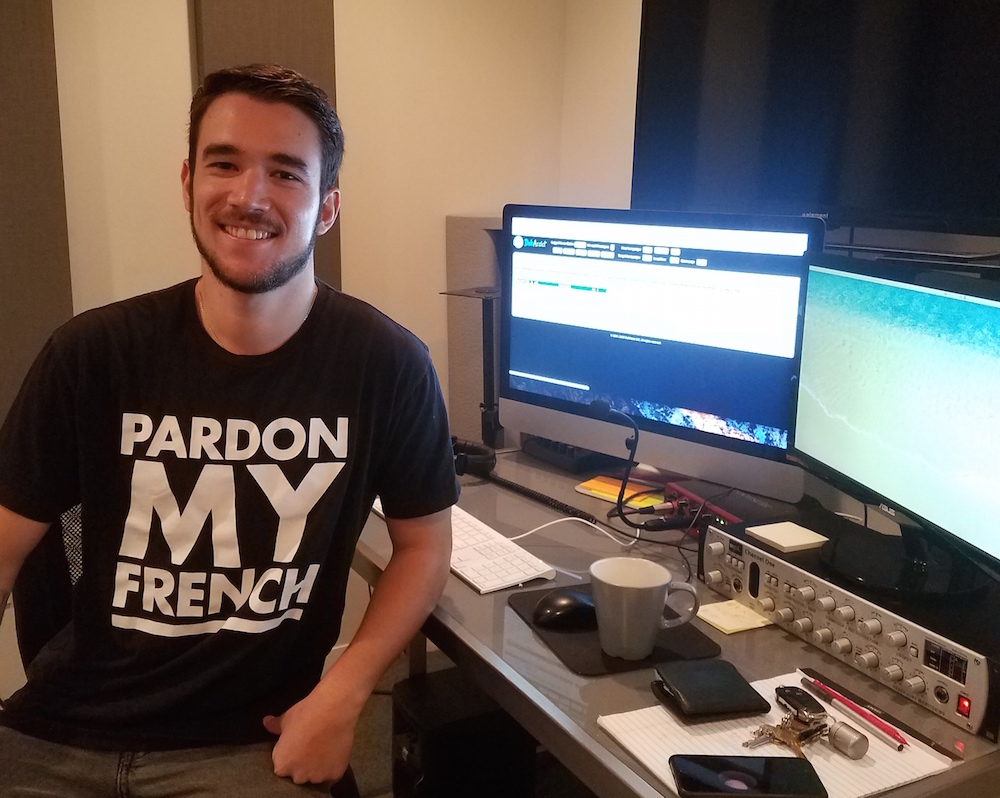 VOA VOICE STUDIOS is pleased to introduce Carlos Carvalho Martins, Sound Engineer and New member of the VOA team who joined us at the end of the year. Discover his journey!

FROM MUSIC TO DUBBING, BEING A SOUND ENGINEER IS FIRST AND FOREMOST, A CALLING.

You just joigned STUDIOS VOA MIAMI, can you tell us more about yourself?

My name is Carlos Carvalho Martins, I’m 24 years old. I was born in Porto,Portugal, and I grew up in France,in Nice, in the Cote d’Azur region.

As a teenager, Music made me want to study sound. After graduating high school I enrolled in a 2 year course in a private institute to become a sound engineer, then I joined Full Sail University in Orlando for a 2 year period. I worked in music and post-production, and I’ve been working in dubbing for a year.

I previously worked in dubbing at « The Kitchen » in Miami. I learned a lot of things thanks to the Brazilian team. In my opinion, Brazilian dubbing is one of the best in the world, with France and Italy.

“IN MY OPINION, BRAZILIAN DUBBING IS ONE OF THE BEST IN THE WORLD, WITH FRANCE AND ITALY.”

As a sound engineer at VOA, what’s your view of the job?

It’s a passion for me and It’s part of my everyday life. Whether it’s making music, dubbings, sound design, or live recordings, it’s always a blast. Technology is always evolving and it applies to this job too,I’m learning new things every day and I really enjoy it. It’s a job that’s constantly changing. 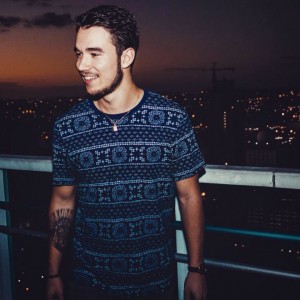 How many languages do you speak?

My native language is French. I learned Portuguese visiting my family in Portugal, at least 5 times per year,during school vacation when I was young. I learned english and spanish in junior high and high school, but especially when I moved to Florida 4 years ago. Since I was a boy, I’ve always been around different cultures and it made me want to discover new things all the time. Besides, my relatives and acquaintances are mostly from South America, also in Miami, more people speak spanish than english!

Why did you decide to join our studios and what did you notice when you first came in?

When I heard about VOA, being in Miami, I thought it was a great opportunity for me to work with people from my home country, and also to use my multilingual abilities.

I really noticed how united everybody was when I first came in : everybody’s helping each other and that way we’re more efficient and work is easier. It’s a joy for me to be part of STUDIOS VOA and I hope to soon meet the team based in Paris!

THANKS CARLOS AND WELCOME TO THE TEAM

We invite you to check out his Facebook page to know more and find out about his next concerts. Supported by artists such as The Chainsmokes and Martin Garrix, we wish the best to our new colleague,inside and outside of Studios VOA!